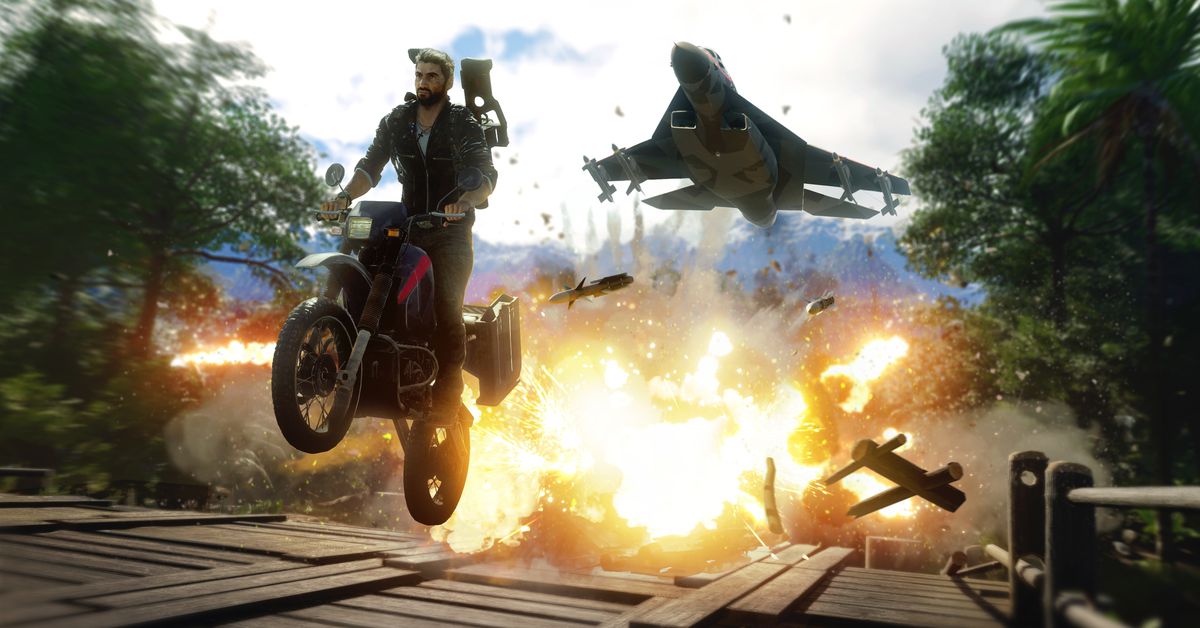 PlayStation Plus subscribers will get access to three games in December as part of their subscription: Just Cause 4, Rocket Arena, and Worms Rumble. All three games will be available to download on PlayStation 4 and PlayStation 5 from Dec. 1 through Jan. 4, 2021.

Square Enix and Avalanche Studios’ Just Cause 4 was released for PlayStation 4 in 2018. In our review of the action game, we called Rico Rodriguez’s open-world adventure a retread of old ideas, but argued that “doing the Just Cause thing of mixing up modes of destruction is still fun.”

Rocket Arena was released in July. The colorful, 3v3 shooter was developed by Final Strike Games and published by Electronic Arts. It’s a kid-friendly shooter that blends Quake-style combat with Smash Bros. levels of violence.

November’s PlayStation Plus offerings — Bugsnax, Middle-earth: Shadow of War, and Hollow Knight: Voidheart Edition — are available to download through Nov. 30.