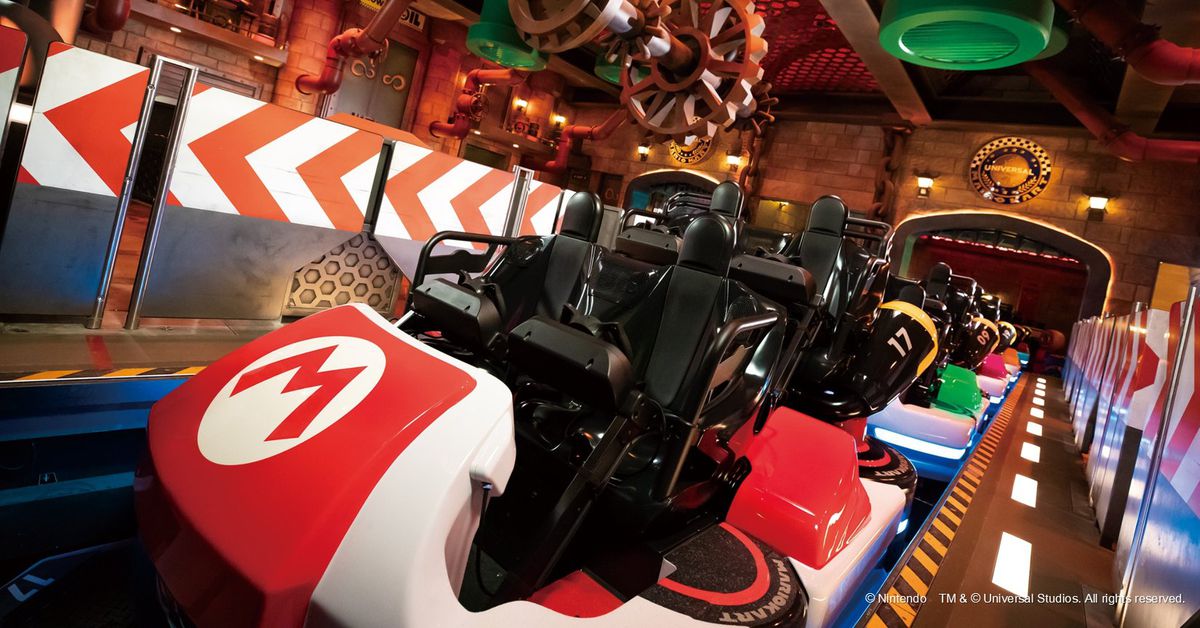 The Mario Kart ride will be called Koopa’s Challenge, which kicks off inside Bowser’s castle. Universal Studios published some of its own photos of the ride, but you can watch a video tour of the attraction via Bloomberg.

Bloomberg reporter Kurumi Mori said the ride uses “AR headsets,” but is not a free-wheeling ride; it’s on rails. Each kart has four seats with their own steering wheels. Mori said “the kart is definitely on rails,” but that “riders are given some control” to collect items and throw shells — like in the video game. She noted that Bowser’s castle is where the ride begins, but that there are multiple levels to race through, including lava- and underwater-themed worlds, as well as the famous Rainbow Road.

These are the first big details we’ve received on the major attractions, but in October, Universal Studios showed off a restaurant and shopping area at the Osaka-based theme park.

Players will wear magnetic wristbands in the park which let people engage in the park’s different “levels,” which adds up with scores. How this works, exactly, is still unclear. Super Nintendo World was originally slated to open in the summer, but was delayed due to the ongoing COVID-19 pandemic. Universal Studios Osaka itself re-opened to locals on June 8, at a limited capacity.

Mori noted that Universal Studios Osaka will take special measures because of the pandemic, with mandatory social distancing and extra sanitization for the ride headsets.